For a long while, there have been problems with the webhosting for Cinefantastique Online. We let these problems slide because a new, better website, with different hosting, is in the works. However, we reached a point where the old website was no longer viable. For a while,we redirected our URL to Cinefantasitque's Facebook page, but now, for the time being, we are using this simple blog while we wait for the new improved website.

Note: As you will see if you scroll down through the archives, this blog used to be used for Hollywood Gothique, which covers the same type of material as Cinefantastique but with a focus on Los Angeles area events. Sorry for any confusion.

George Pal Tribute and War of the Worlds screening

George Pal produced and sometimes directed some of the great science fiction films of the 1950 and 1960s - films that defined the genre and inspired later filmmakers like George Lucas, Steven Spielberg, and Joe Dante. On Wednesday August 27 at 7:30pm in Samuel L. Goldwyn theatre in Beverly Hills, the Academy of Motion Pictures Arts and Sciences will offer a tribute entitled "George Pal: Discovering the Fantastic," which will include a panel discussion featuring several people who worked with Pal, including actros Barbara Eden (THE SEVEN FACES OF DR. LAO), Ann Robinson (WAR OF THE WORLDS), Russ Tamblyn, and Alan Young (THE TIME MACHINE).

THE WAR OF THE WORLDS will be screened, along with several of Pal's short stop-motion "Puppetoons."

Tickets are $5 for general audiences, $3 for Academy members. The theatre is located at 8949 Wilshire Boulevard in Beverly Hills, California 90211. Telephone

The Los Angeles Times has an article about the event, including interviews from some of the people who will be involved. 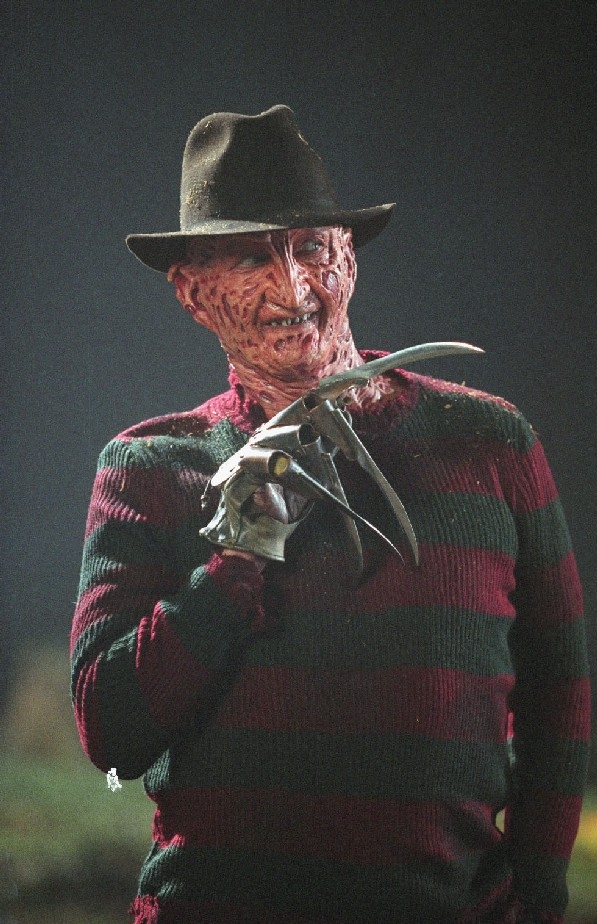 Universal Studios Hollywood has issued a press release that is showing up around the web, trumpeting the terrors that await visitors to this year's edition of Halloween Horror Nights, the annual celebration that begins on October 3.

Like last year, Horror Nights 2008 will feature mazes based on Freddy Kruger, Jason Voorhees, and Leatherface, but Universal promises that the Kruger maze will be brand new, featuring a recreation of the infamous house on Elm Street. (Last year was more like a trip through an Asylum - not surprising when you know that it located in a maze that had been called "The Asylum" the year before.)

New for this year will be a Scare Zone inspired by THE STRANGERS, the sleeper hit horror film from earlier this year. (For those unfamiliar with the terminology, Scare Zones are simply areas of the park haunted by ghouls, so you get the Halloween experience even before you stand in line for an hour to walk through a maze.)

In addition, the back lot tram tour will be significantly upgraded to double its length, for the first time incorporating mazes.

Universal's usual rides and attractions will be open, although revamped for Halloween: the Jurassic Park Ride becomes Jurassic Park in the Dark; the Waterworld show becomes Slaughterworld, etc.

Tickets are available for $54 onlin at Universal Studios Hollywood's official website; they are also sold in advance at Ralph's, Food 4 Less, and Hot Topic, where you can save $20 a ticket by buying a Coke-related product.

Halloween is just around the corner apparently. Sure, you may think it's not till the end of October - over two months away - but Halloween superstores are already setting up, and the big-name attractions like Knott's scary farms will open their tombs at the end of September.

So, it should be no surprise that Universal Studios is already sponsoring a contest to promote their 2008 Halloween Horror Nights. Follow this link to enter, for a chance to win a round-trip to Universal Studios Florida this Halloween.

The New Beverly Cinema has finally posted its August schedule, which thanks to the miracle of RSS FEEDS you can access at the Hollywood Gothique listing for the theatre.

Mixed in with the usual revival fare are several fantasy, horror, and science-fiction titles:

Moving on, the complete schedule for September is not yet available, but there will be midnight screenings of the horror-comedy IDLE HANDS and of Michael Mann's 1983 horror film THE KEEP, and in October there will be an all-night horror show on the 18th.